Gatteo Mare was founded in the 1920s, to serve as a seaside resort; it is located at the mouth of the river Rubicone, where Julius Caesar famously crossed over with his army.

The small town is well organized and has a lot to offer: from the quiet, silent corners to the lively animation program, various sports activities, boat trips or hikes in the hinterland. 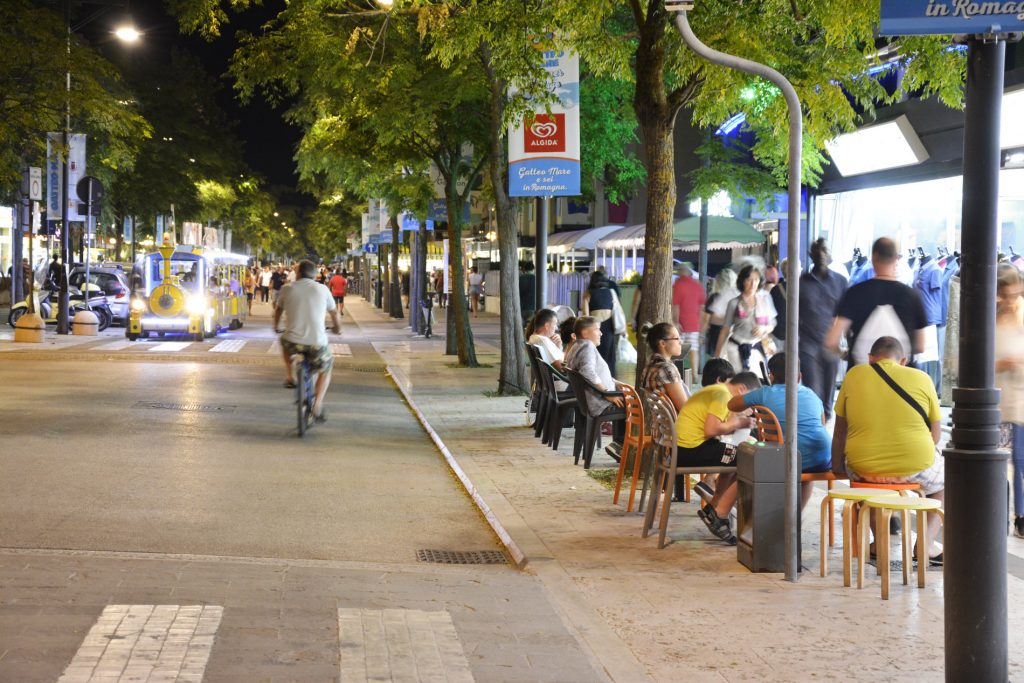 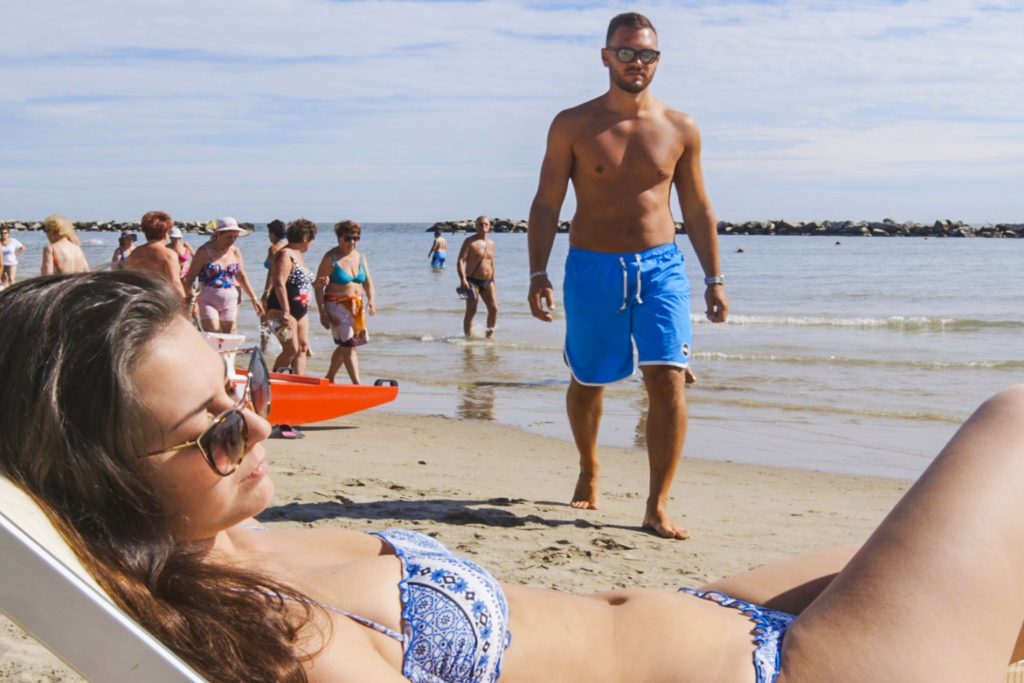 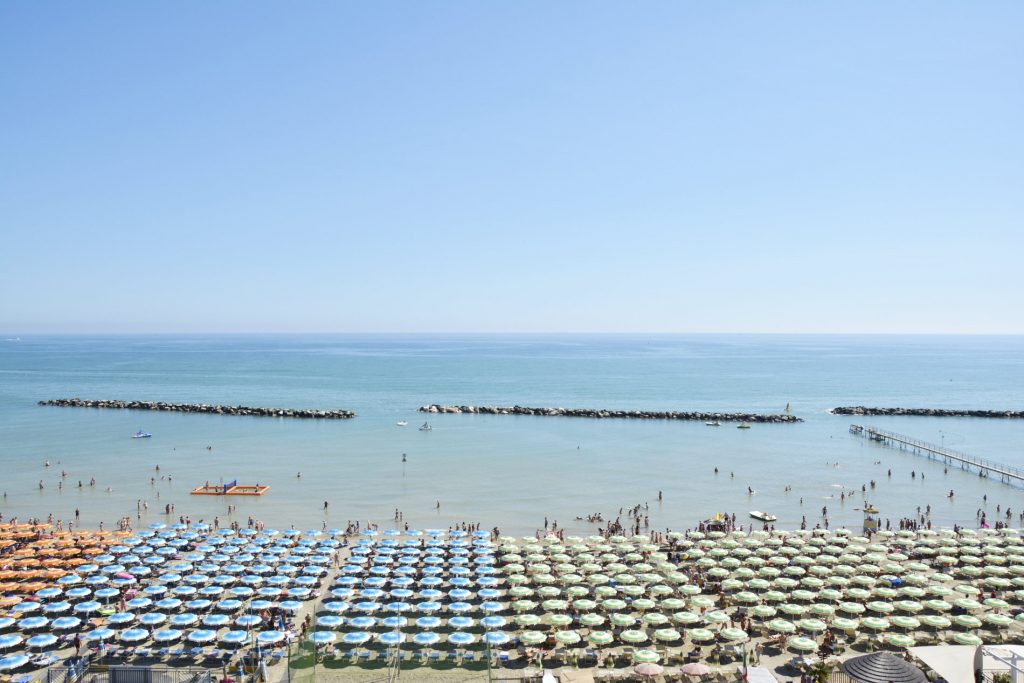 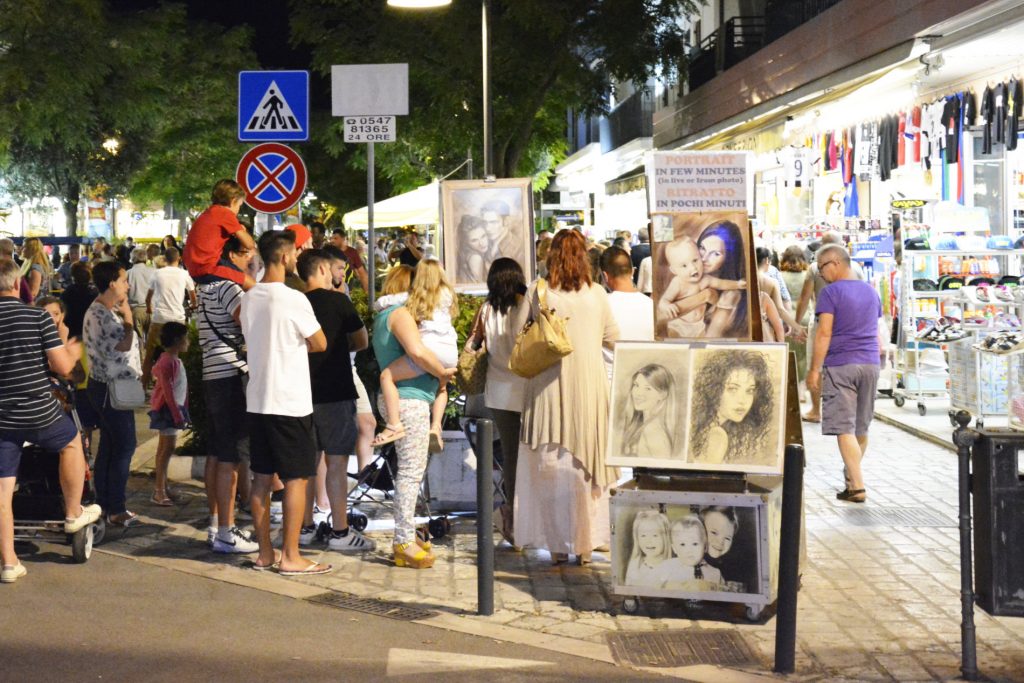 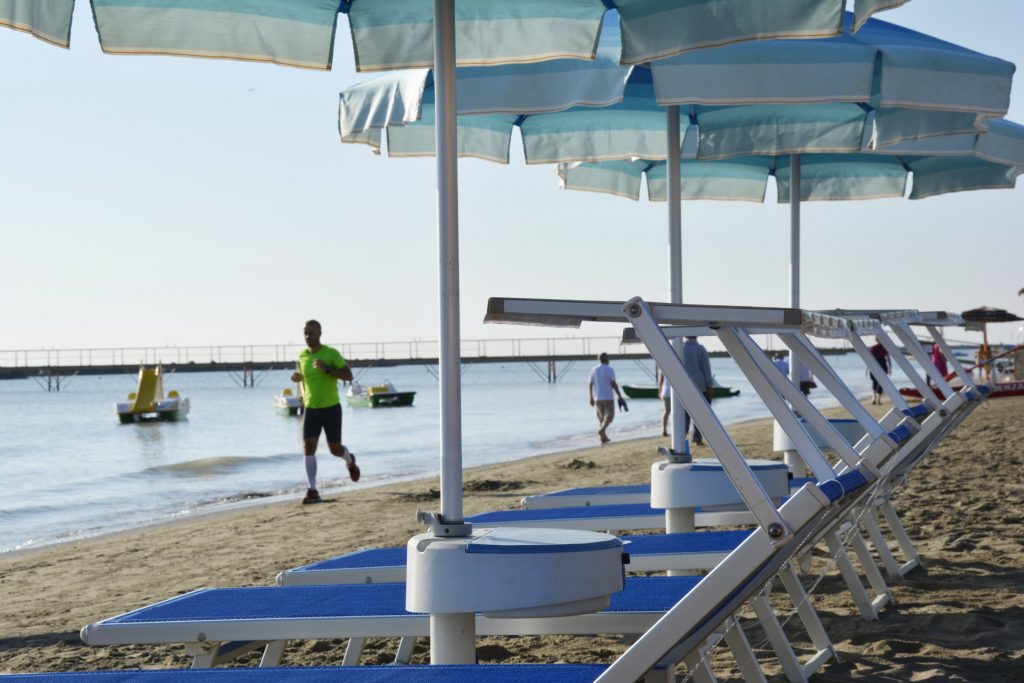 Cesenatico is very conveniently located, only 4 km away from Gatteo Mare. This seaside town was founded in 1302 to serve as a port for Cesena, which is a landlocked city 15km away. Since then, Cesenatico has never lost its origins as a fishing village in the heart of the Adriatic coast. The picturesque harbor canal with its colorful sails and the “Floating Ship Museum” bear witness to this.

The port canal was built in 1502 according to plans by Leonardo da Vinci and still attracts the attention of thousands of visitors, from all over the world. 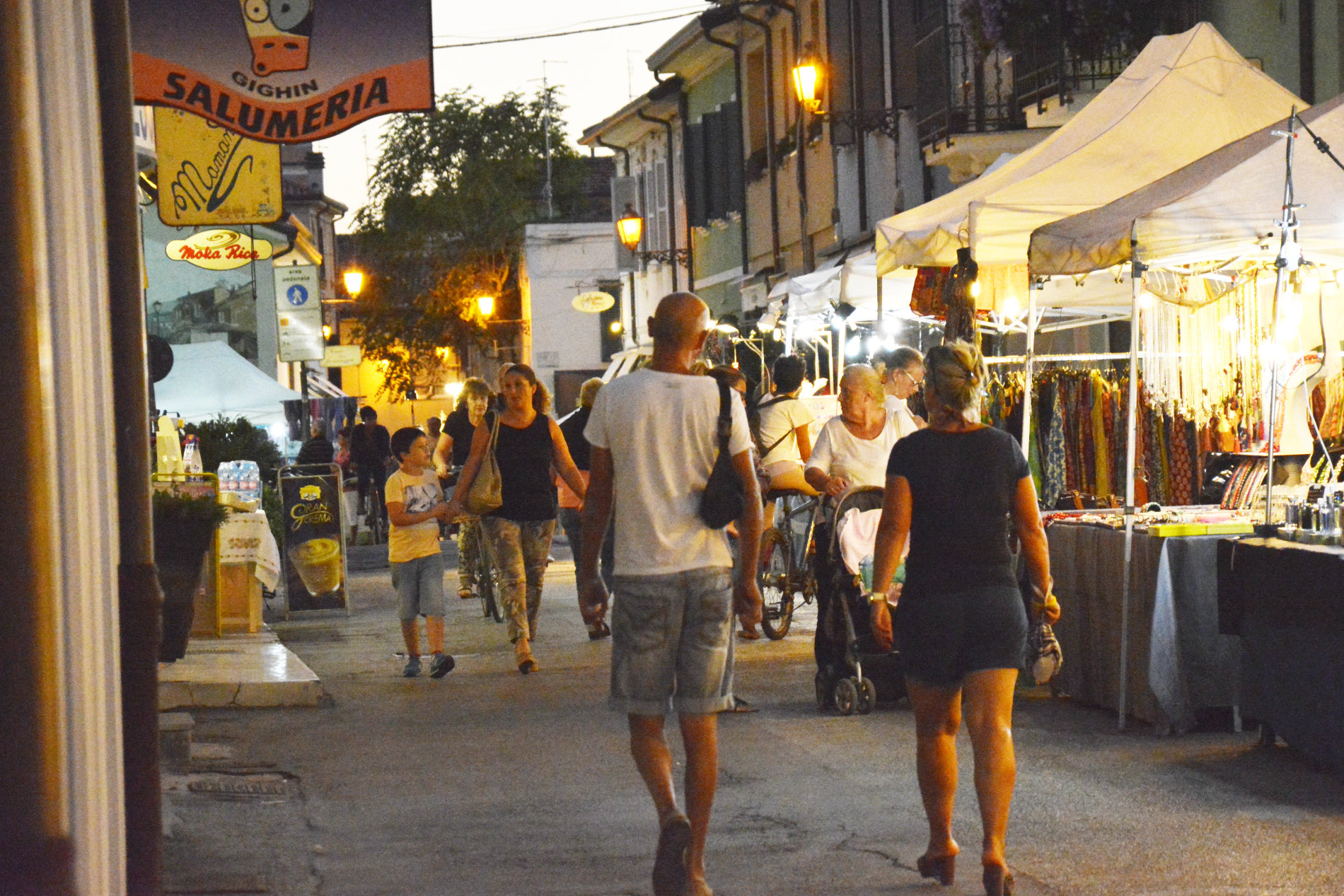 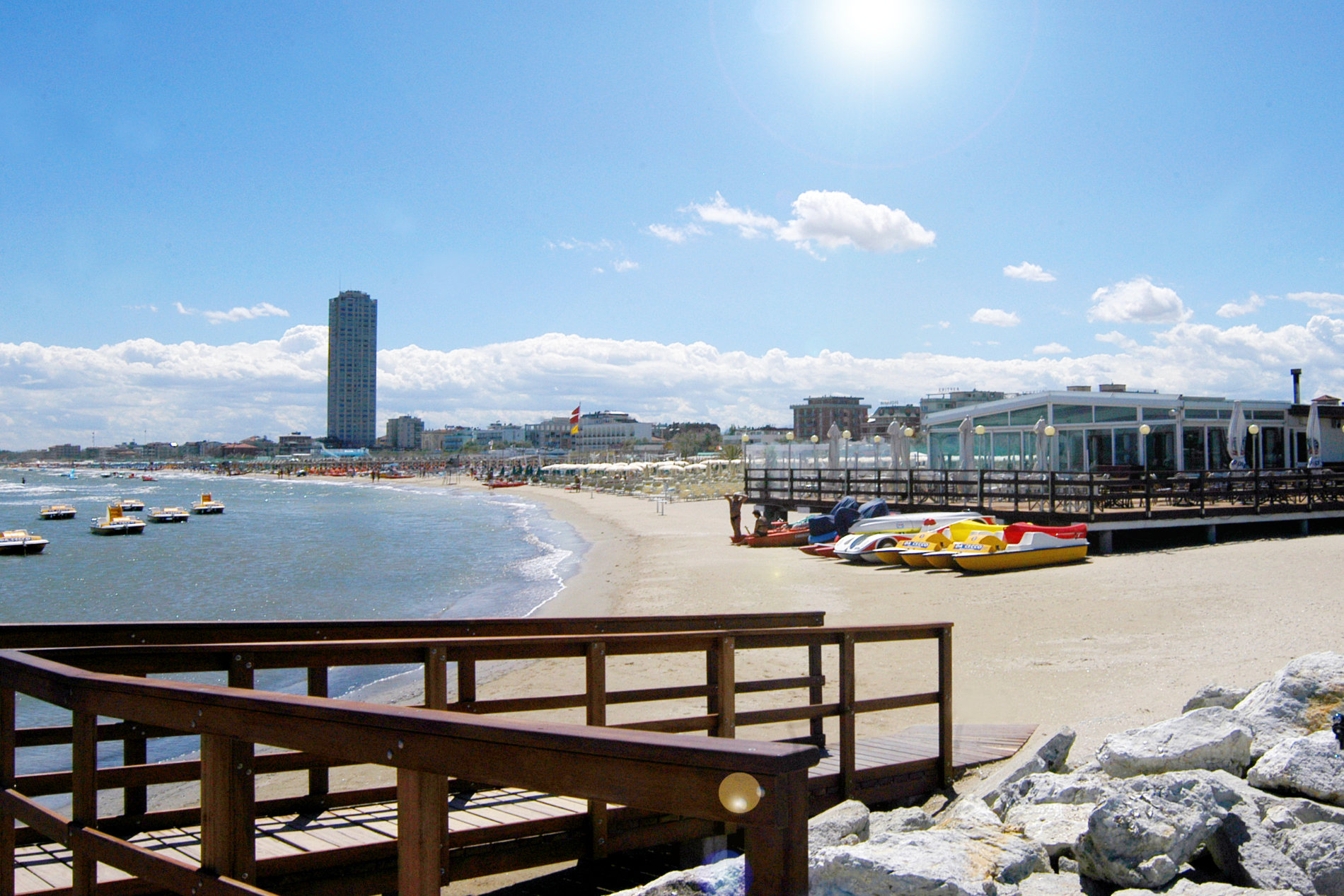 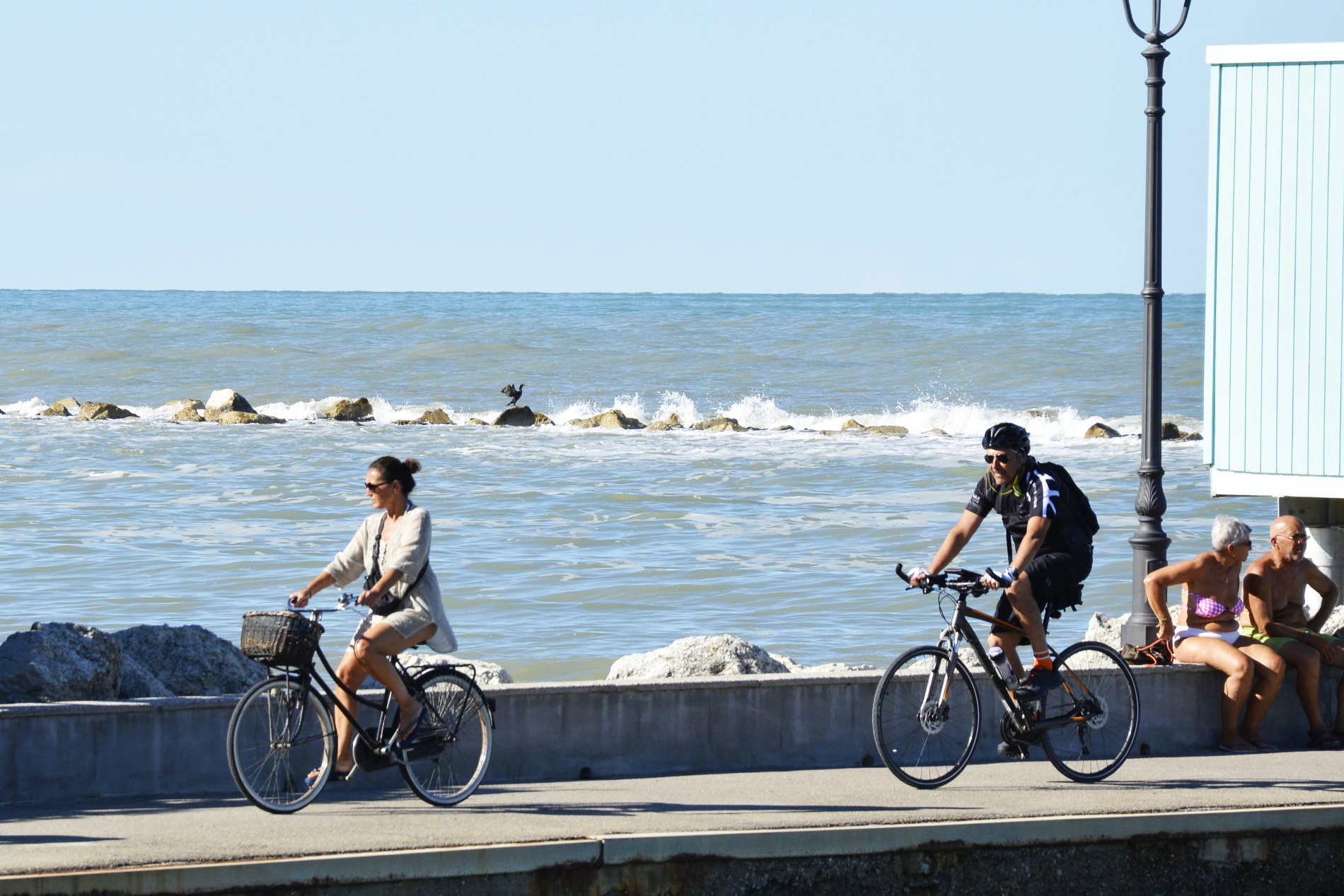 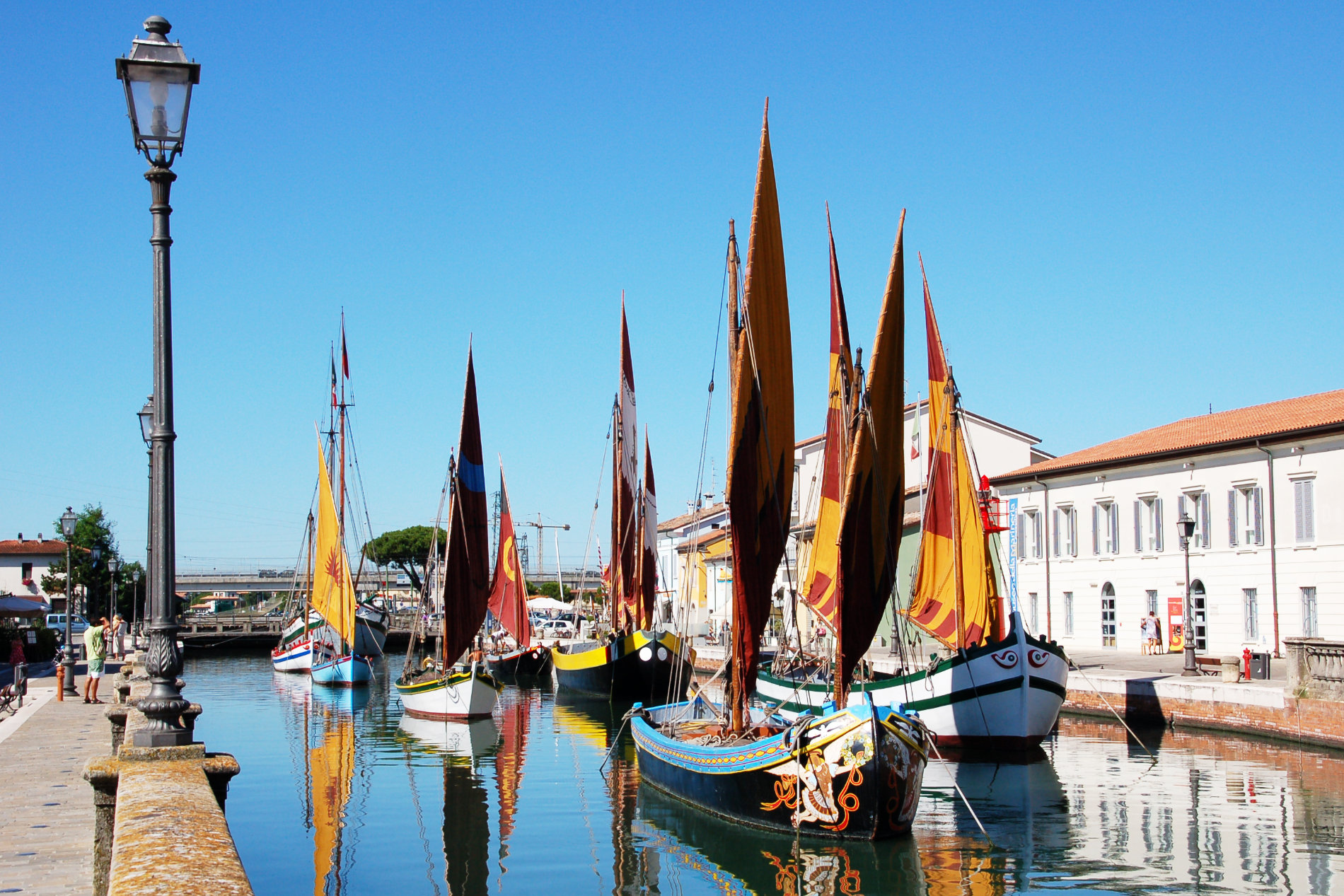 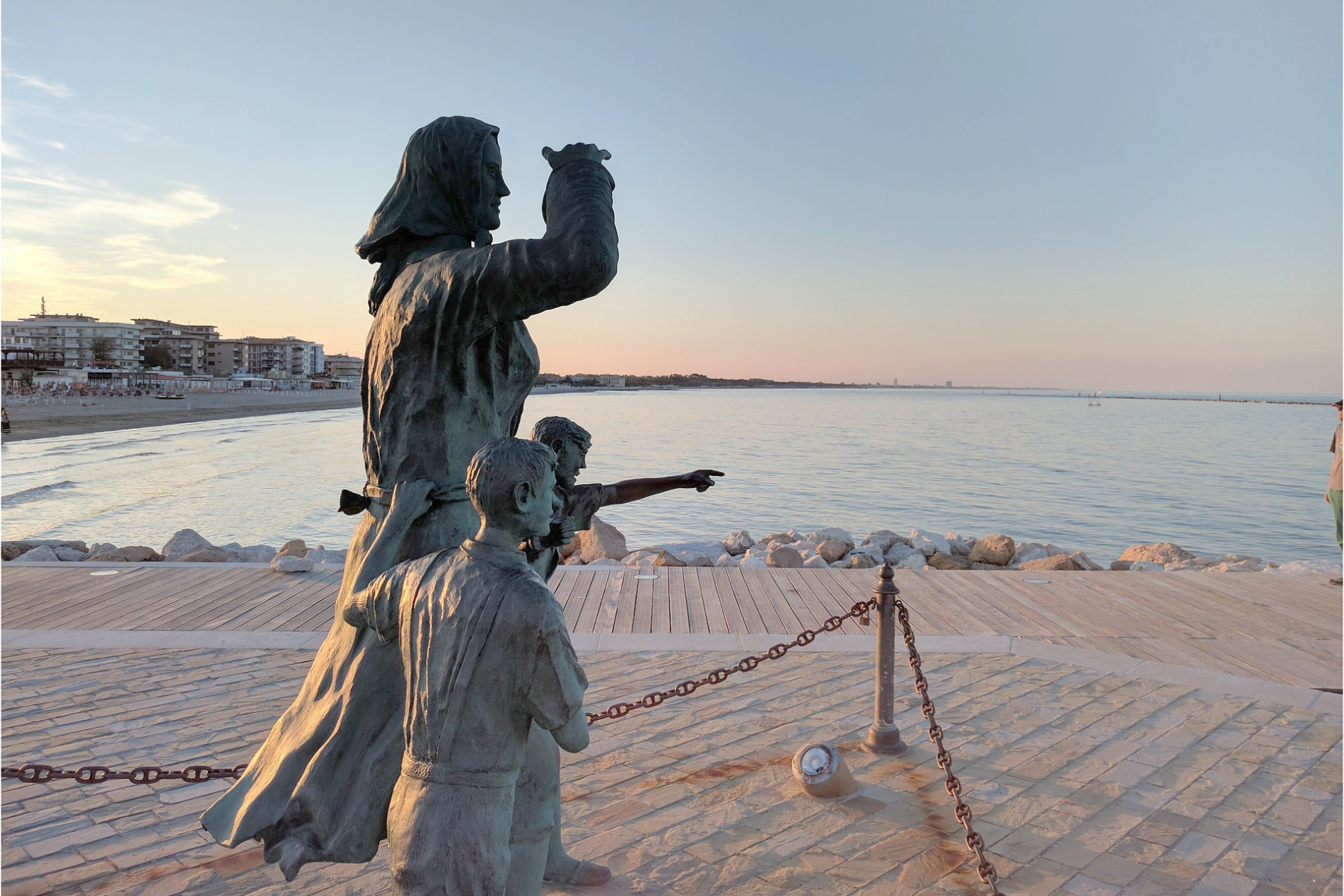 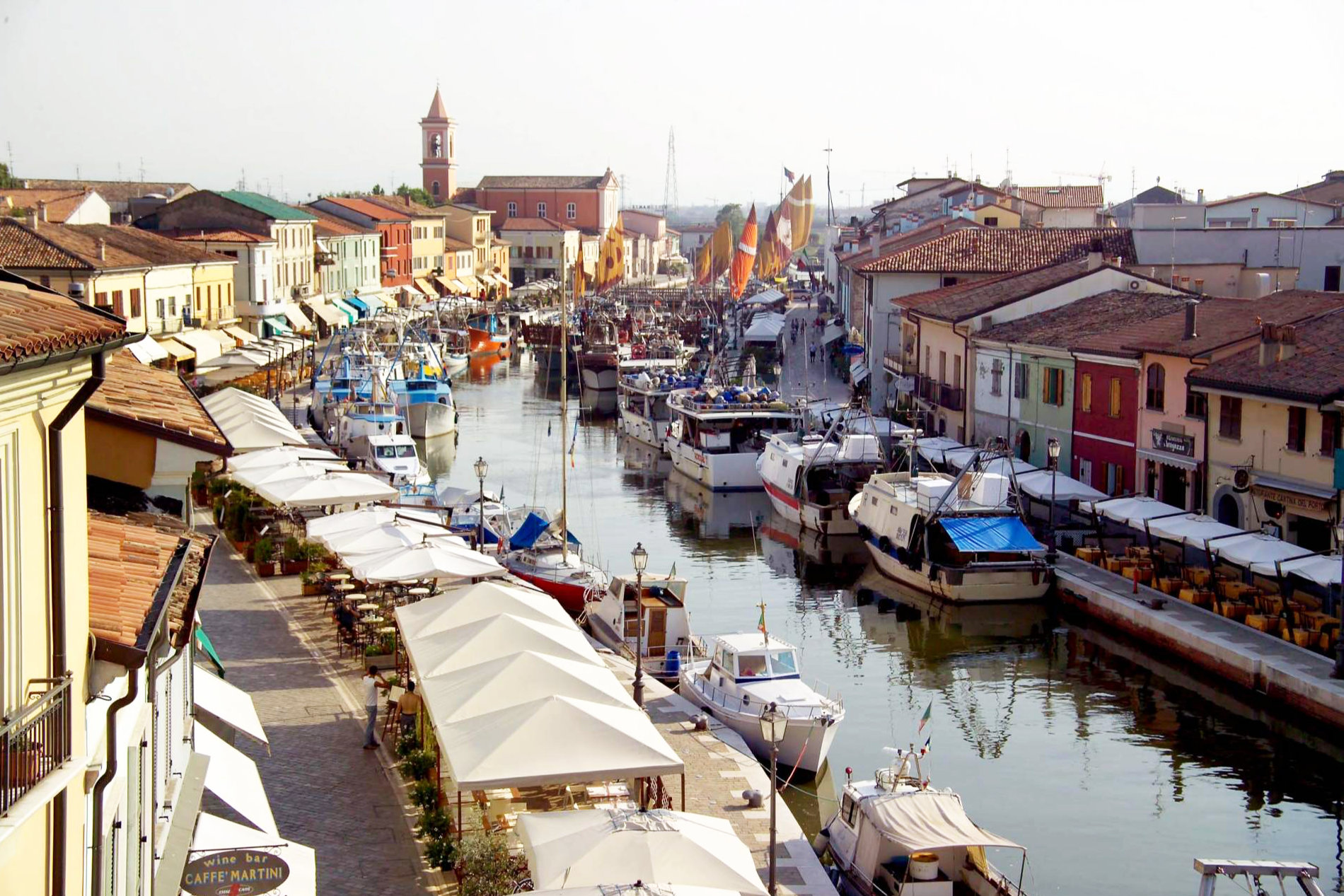 At the harbor, which was designed by Leonardo da Vinci, you can admire the outdoor Ship Museum. There is an almost unique collection of old boats, whose colorful sails and hulls tell fascinating tales of centuries of fishing and seafaring.

Furthermore, Cesenatico boasts an extensive beach surrounded by lots of green areas, as well as the “Levante” park, lots of sports facilities and a beautiful fish market. A visit will definitely be worth your while.

Land of friendliness and good food. The Romagna region offers a wide variety of activities, landscapes and scenarios; everything you can expect for your perfect vacation, and more!

Behind the colorful Adriatic coast with its wide beaches and many entertainment options lies the hilly hinterland, with its orchards, small fields, vineyards, olive trees and countless picturesque villages.

San Marino rises on a headland overlooking the lower plain and the Adriatic coast. It is the oldest and most peculiar republic in the world. 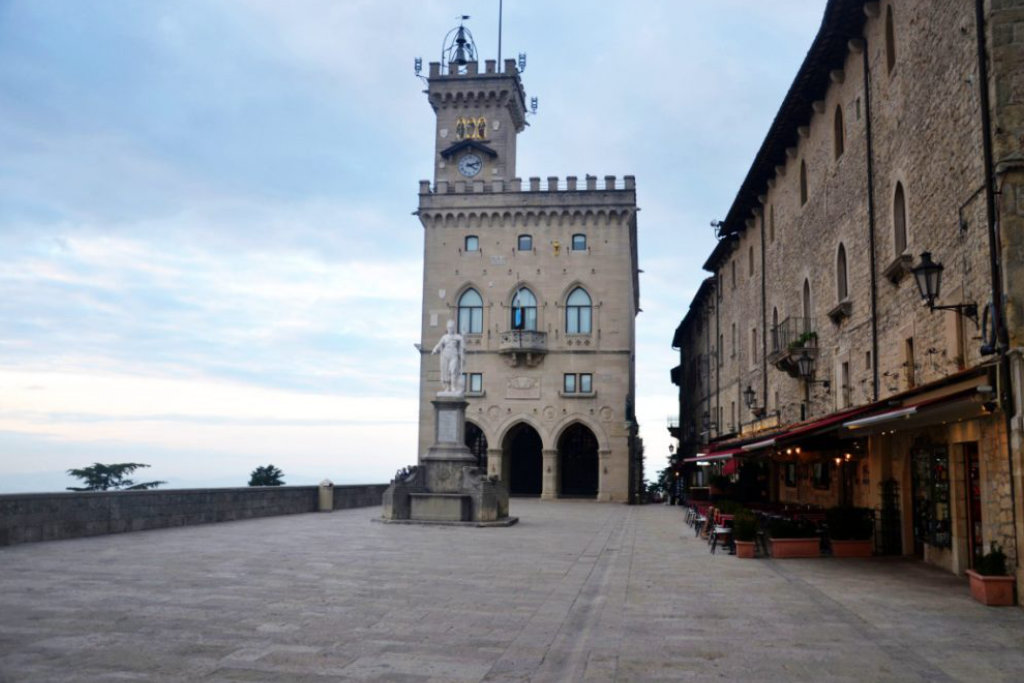 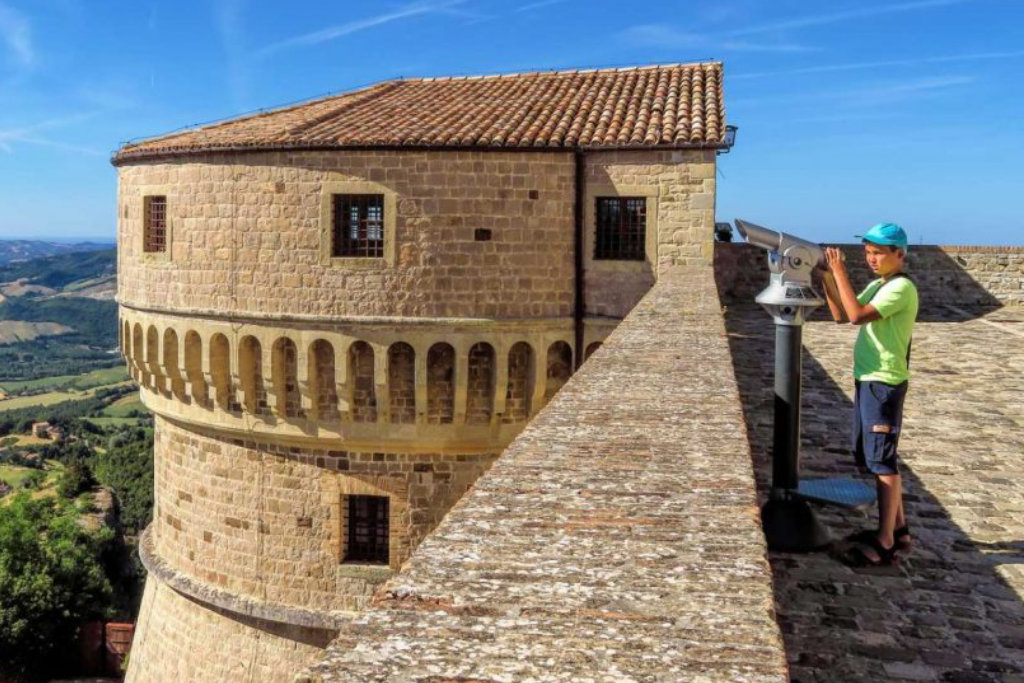 The village of San Leo, with its magnificent fortress, was the scene of a thousand years worth of civil and military battles. The fortress was converted into a prison during the papal rule.

Gradara is an ancient village with a high curtain wall and a castle, where the tragedy of Paolo and Francesca took place, which Dante Alighieri sang about in his “Divine Comedy”. 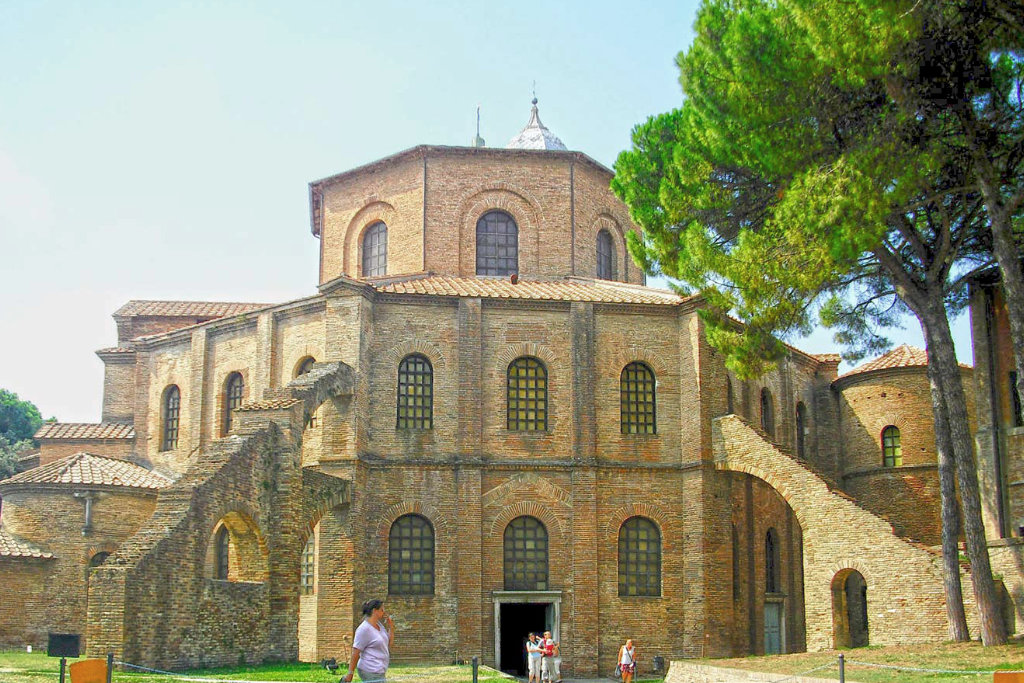 Ravenna, founded more than a thousand years ago, is one of the most important cities in Italy for its historical past and artistic treasures. The buildings in Byzantine and Gothic styles still bear witness to Ravenna’s glorious past. The unique mosaic works, the tomb of Dante, the “Battistero degli Ariani” and many more masterpieces paint a beautiful picture for all its visitors, portraying how vastly different styles of art and architecture can be united in perfect harmony.